Pouya has been an underground king in South Florida’s rap scene since the height of the SoundCloud era. After releasing his latest full-length album Blood Was Never Thick As Water which dropped back in October of 2021, to go along with two singles “Wig Split" ft. Denzel Curry and "One Deep In the Fleetwood”, the Miami native is back with new music. Pouya announced he will be releasing a new mixtape, dirt/hurt/pain/, which is slated to release this Friday, February 11. To go a

Reigning from Jackson, Mississippi, GenoDaWave has emerged as one of the top upcoming talents from The Magnolia State. The buzz he’s garnered over the last couple of years has earned him a record deal from OTA Records, which Geno signed to back in 2020. The Jackson, Mississippi native turned his brief experience in the studio with some friends into his life passion. Genosays, "I knew rap would change my life and my family's life if I put my heart into it.” His recent success,

I haven’t kept up that closely with the Houston-born, Hudson Valley-based singer-songwriter Denitia in recent years, but it seems like she’s undergone another metamorphosis. Denitia has always been an eclectic creator, shifting sounds between releases. Her 2017 EP Ceilings presented dreamy, majestic indie rock, while 2018’s Be There EP featured left-of-center pop and R&B. Scanning through her work since then reveals a range of rewarding sounds within that same zone, but a new

This new Toro y Moi album Mahal is shaping up excellently, but then, Toro albums usually do. Early singles “Postman,” “Magazine,” and “The Loop” have shown off Chaz Bear’s mastery of crisp psychedelic funk, and so does today’s new single. “Déjà Vu” is an incredible song that doesn’t get all thirsty about grabbing your attention. The music matches Hendrix-esque backwards guitar explorations with a lightweight bass-powered groove. Along the way Bear sings with a light touch, bu

That headline might look like a random jumble of words, but it’s really just one more sign that pop songs can live long, strange lives these days. In 1998, Madonna introduced her Ray Of Light album with the single “Frozen,” a dramatic and gothed-out downtempo ballad. The song was a #2 pop hit, and it’s quietly one of Madonna’s best songs. Late last year, “Frozen” started recirculating in a new form. Sickick, a producer from Canada, remixed “Frozen,” giving it a minimal and sp

Dro Kenji dropped the visual for “Push2Start” – one of many standout moments from his skip-less, hugely well-received recent project, WITH OR WITHOUT YOU that has quietly been catapulting him to the front of the pack of the emerging new wave since it was released at the end of January. “Push2Start” is a prime example of Dro Kenji’s polished, pop-infused style with massive crossover appeal that seems to be resonating in a major way since he dropped his widely publicized latest 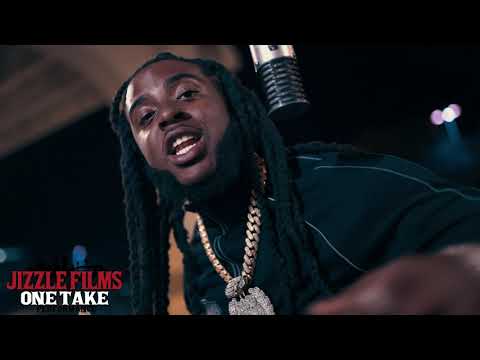 M16 Peezy is a big player feeling like Joe Fraizer at the weigh-in. He delivers a one take performance visual to his track titled "Boss". Watch below.

Verum delivers 'This Letter I Write'

Talented musician, Verum delivers his single "This Letter I Write". While singing and rapping, Verum has been able to develop a core fan base on Instagram and TikTok with over 900k followers collectively. "This Letter I Write" is a heartfelt melodic track immensely relatable and sure to get you in your feelings. Check it out below.

Kristin Hersh is best-known as the leader of the underground rock institution Throwing Muses, and she’s also a few decades deep into a great, underrated solo career. But Hersh also has another band, a power trio called 50 Foot Wave that also features drummer Rob Ahlers and Throwing Muses bassist Bernard Georges. Next month, 50 Foot Wave will release Black Pearl, their first full-length album since 2005. We’ve already posted first single “Staring Into The Sun,” which is awesom

Mandi Macias a multi-talented Pop music artist, singer and songwriter born and raised in Los Angeles California delivers "Ghost" visual. Mandi wrote her first song at the tender age of 8. She then followed up the success of the song with her debut EP Titled “Sixteen” in 2018. Despite being regarded as a “Pop” artist Mandi’s sound combines elements and nuances from multiple genres such as Synthwave, Alternative Pop, Electro Pop, and Contemporary R&B. Mandi’s music is on all st

“Heavy Bend” is one of the trippier, spacier songs on Big Thief’s mammoth double-LP Dragon New Warm Mountain I Believe In You. Besides Adrianne Lenker’s voice, the track amounts to little more than a repeated guitar arpeggio and loose, minimal drums. And now those backing tracks have become the foundation of a rap freestyle. The Brooklyn-based writer and editor Andrew Matson also posts music to SoundCloud from time to time. When he heard “Heavy Bend,” he thought it was “begg

Last month, just in time to celebrate Valentine’s Day, Margaret Glaspy released a new song called “Love Is Real.” At the time, it was announced “Love Is Real” would eventually come out as a single with a B-side called “Heart Shape,” a song Glaspy had already debuted live. The day has arrived, and now we get to hear the finished recording of “Heart Shape.” “The making of this song lifted me out of my COVID funk,” Glaspy said in a statement. “Not being able to make music with m 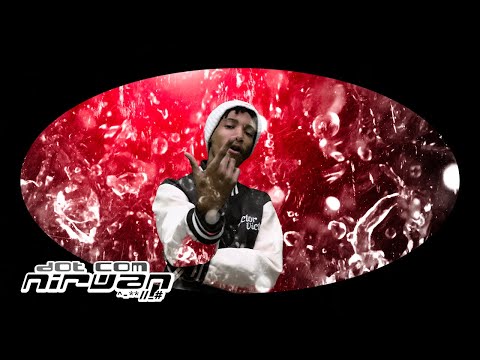 The underground music scene is full of characters, and one of the craziest things to me is the fact that there are different levels of reach for so many of these artists. Some might be revered as some of the most iconic names all over the world while others are local legends that have a fanbase full of die-hard listeners, but they just haven’t spanned across the country quite yet. As for Autumn!, he has definitely transcended the locality of his home in Louisiana to nationwid

Vince Staples knows an opportunity when he sees one. Next month, Staples will release his new album Ramona Park Broke My Heart. He’s already shared the Mustard-produced lead single “Magic.” The wheels were already in motion. Then, last night, Will Smith smacked Chris Rock full in the face, onstage and on live TV, in the middle of the Oscars. Very shortly thereafter, Staples tweeted, “Will Smith inspired me man let me drop this video.” And then Vince Staples dropped this video

Leading up to the Grammys, there’s a new edition of the Spotify Singles series. The premise is that Best New Artist-nominated musicians pick one of their own songs and record a new version of it, plus they record a cover of a previous BNA nominee. Earlier in the month, we heard Finneas rework “Medieval” and offer up his interpretation of Bon Iver’s “Flume.” The latest installment in the series features Arlo Parks reimagining her own “Softly,” as well as covering KAYTRANADA’s

Ken Car$on finally dropped his long-awaited video for “Rock N Roll” - the clear standout from his 2021 album, Project X and easily one of his biggest songs to date with over 7.7M streams on Spotify alone and now over 100K views in its first day on YouTube. With the extremely notable backing of Playboi Carti’s Opium label, Ken Car$on is making a strong case to be the next rap-rockstar rising out of the increasingly popular new-wave SoundCloud landscape with his rage-infused un

This week, the south-side of San Antonio’s rising star, Hoodlum (sometimes known as Southside Hoodlum) dropped a new single, “3am” - flexing his compelling and decidedly unorthodox South Texas style during his visit to No Jumper studios earlier this month. Everything about Hoodlum is different: from his uniquely punchy production to his truly one-of-a-kind braids to his hugely stylistic, sometimes whispered delivery that makes his natural voice feel like it’s been chopped-an

Kid Cudi has maintained a side hustle as an actor ever since he appeared on a 2010 episode of One Tree Hill, but Cudi has truly been in a cinematic mindstate lately. Cudi recently starred in the Ti West horror film X, which is in theaters right now. Soon, Cudi will star in September 17th, the directorial debut from his X castmate Brittany Snow, and he’ll also make his own directorial debut with the Netflix film Teddy. Cudi was also in Don’t Look Up, which is up for Best Pictu

Donald Glover finally brought Atlanta back to the airwaves for a third season last night, four years after the last one. But that wasn’t Glover’s only noteworthy pop-culture moment of the evening. At midnight, when the ascendant Atlanta rapper Latto’s new album 777dropped, it featured an increasingly rare feature from Glover’s musical alter ego Childish Gambino. The 777 track “Sunshine” features Gambino and Lil Wayne, and the three of them jibe quite nicely over Bongo and Luk
1
2

THE BEST MUSIC QUOTES EVER

"my wife beyonce, i brag different"

THE MUSIC I CAN PLAY FOREVER